This week I want to talk about something that has nothing to do with technology or space travel, but which is super cool nonetheless. Volcanos.

This past winter, a new island formed off the coast of Tongatapu in Tonga. (Don’t feel too bad if you don’t know where that is, I had to look it up too. It’s in Polynesia.) That’s right, a NEW ISLAND. As in, a whole new land mass that wasn’t there before. Early in March, a group made the trek from the coast to the highest point of the island, taking pictures all the way. You should really take a look at them, they’re amazing. 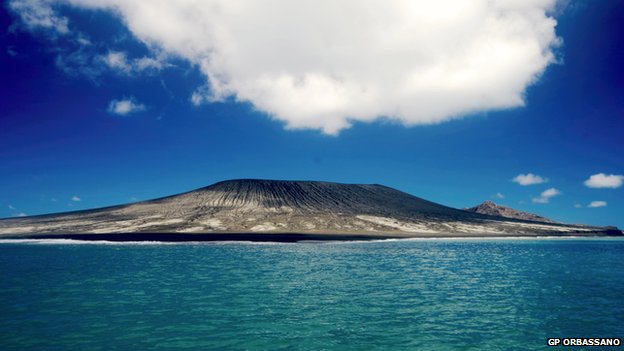 Can you imagine being the first person ever to set foot on a new piece of land? I mean, normally to do something like that, you’d have to go into space. (Ha! See, I did work it in!) But thanks to the wonder and majesty of volcanos, we have a whole new island right here on earth. Not just new to people, but totally new. It doesn’t even have real soil yet, it’s mostly made of ash deposits.

Volcanos, man. I mean seriously. We’re talking about a fundamental aspect of our planet that we actually don’t know that much about because they’re kinda difficult to study.

For example, have you ever heard of volcanic lightning? It’s just what it sounds like: lightning that somehow forms in the plume of a volcano, as part of the eruption process. When people try to explain why this happens, it usually sounds something like “oh, erm, mumble mumble, separation of charged particles, mumble, yeah.” Thanks dude, that was really helpful. That’s like if I asked why it rains and you said because water falls from the sky. Not really an answer. 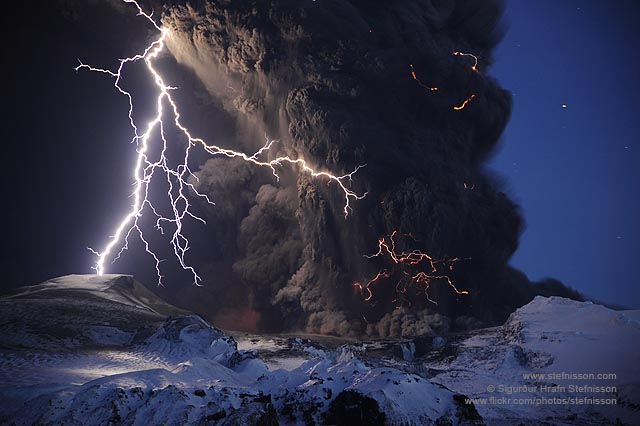 But okay, I get it, I should give these poor vulcanologists a break. I mean, it’s hard to study a volcanic eruption. You can’t exactly get close to it, after all. And it’s not like you know exactly when it’s going to happen, or anything useful like that.

Still, there are people who make a living hanging around volcanic eruptions. Like the guy in this video, whose job is photographing volcanos. That’s…“badass” just doesn’t cover it. Imagine you’re in a bar talking to some guy, and you’re like “so what do you do?” and he’s all like “I photograph volcanos” and then you’re like, “take me now.”

Why is it that people who do ridiculously dangerous things for a living have an easier time picking up other people in bars? Is there some part of our brain that evolution has hardwired to think “oh shit, you are so going to die, better reproduce quick before you do?”

Sorry, tangent. We were talking about volcanos.

But why talk about them when we can look at pictures, right? 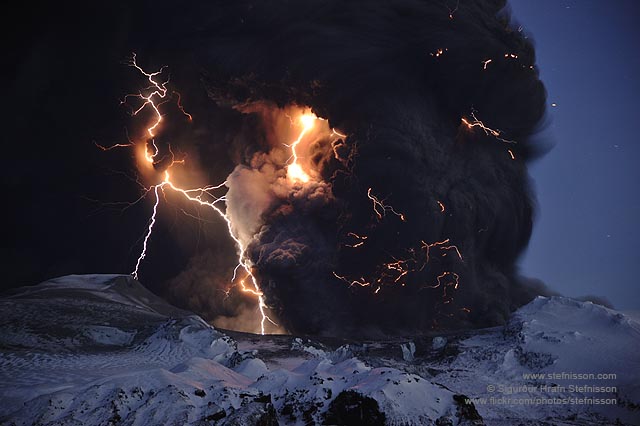 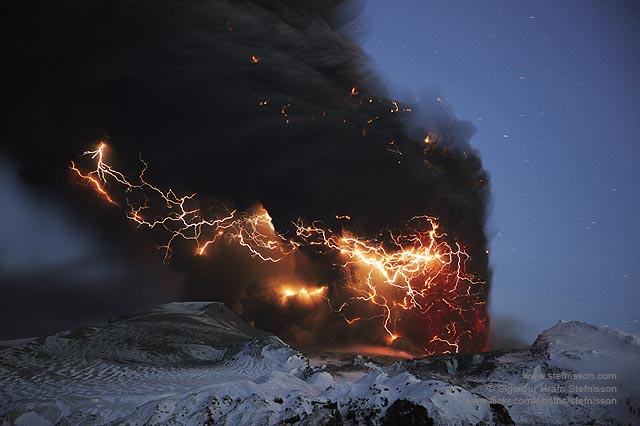